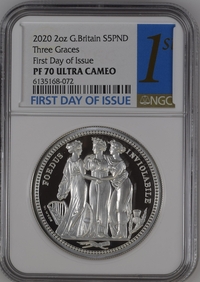 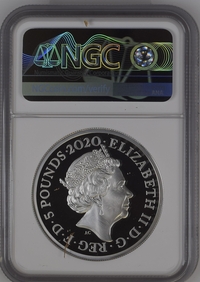 White Spots Notice: Many modern silver coins can develop white spots, or "milk spots" as they are often called in numismatic vernacular. The development of white spots after a coin is graded by NGC is not covered under the NGC Guarantee because these white spots occur unpredictably and through no fault of NGC’s. Learn more >